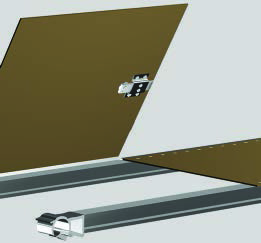 The trapdoor platforms provide access through the platform to move from one level to another, allowing the user to remain inside the scaffold.